(Sopuerta, Bizkaia, 1947) Koldo got vocational training and became a technical engineer at the Bilbao Technical Engineering School. He also studied Business Administration and holds two master’s degrees, from the University of Deusto and the Autonomous University of Madrid. e’s married to Maite and they have two daughters, Joana and Ainara, and four grandchildren, Udane, Irati, Ibai y Aroa. 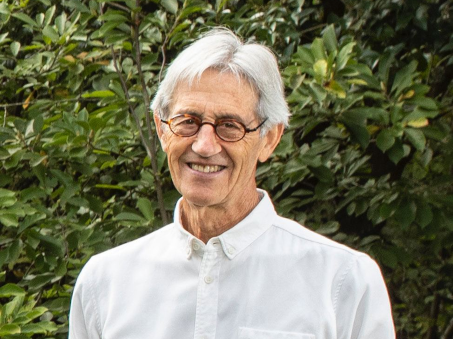 In 1980, Koldo joined Vidrierías de Llodio, where we worked for 4 years, heading different departments. In 1984, he became manager of Etorki, a primary-sector cooperative, whose profits were outstanding in the first year. In 1988, he took charge of the distressed cooperative follow-up department at Caja Laboral. In 1989, he was appointed CEO of Urola S. Coop. In two years and a half, he managed to build a closely-knit team, a leading, prestigious product-oriented company and a wider market, changing the company’s situation from critical to profitable.

From 1991 to 2005, he was general coordinator of the Irizar project at Irizar S. Coop. – one of his greatest professional achievements – and chairman of Irizar Group. Irizar, manufacturer of high-quality coaches, was established in Ormaiztegi, Gipuzkoa, in 1889 to make carriages and stagecoaches. In 1991, when Koldo joined the company, it was in a state of technical bankruptcy, fraught with internal conflict and ready to close down. Today, it sells coaches in 75 countries and has manufacturing facilities in Gipuzkoa, Seville and Barcelona (Spain), in Mexico, Brazil, Morocco, South Africa, India and China. With 3000 employees, Irizar is the most acclaimed company in Spain, having won a number of business awards.

In 2000, The Economist saluted Irizar as “the most efficient company in the world in its sector,” while Christian Ketels, principal associate of Harvard Business School’s Institute for Strategy and Competitiveness (ISC), described it as a standout in Europe, along with BMW, for its “superior strategic decisions.” Irizar is the recipient of numerous business awards for its new style of business management, including a European Quality Prize.

Saratxaga himself and his work at Irizar have received many different accolades and awards, including the Gipuzkoa Business Award of the Year from the Gipuzkoa Chamber of Commerce (1997), the 1st Spanish Entrepreneur of the Year Award, granted by Ernst & Young, La Caixa and Cinco Días (1997), the 1st Txemi Cantera International Social Economy Award to Irizar Group (2000), a European Quality Prize from the European Foundation of Quality Management (EFQM) to Irizar Group in the category of Large Organisations and Business Units (2000, the only large organisation in Spain to have won this prize), the Basque Businessman of the Year Award (2001), Coach of the Year on the European market to Irizar Group (2004, the only company in Spain to have won this award), Manager with the Highest Reputation in the Basque Country according to the Euskadi Recor Report (2005), and the Bihotza Berezia Award, granted by the Álava, Bizkaia, Gipuzkoa and Navarra media to professionals and organisations “with a big heart” (2008).

Koldo Saratxaga is the protagonist of the book ‘¿Sinfonía o jazz? Koldo Saratxaga y el modelo Irizar. Un modelo basado en las personas‘ Koldo Saratxaga and the Irizar model. A model based on people’, written by Luxio Ugarte, which recounts a lifetime of experiences. It was presented in December 2004 in front of 600 people in an event presided over by the lehendakari Juan José Ibarretxe, in the Kursaal Palace in Donostia.

He is the author of the book‘Un Nuevo Estilo de Relaciones para el cambio organizacional pendiente’, published by Prentice Hall, in Spanish, and by Elkar, in Basque, in which theory is mixed with decades of practice. The book was presented in 2007 to an audience of more than 600 people at the Euskalduna Palace in Bilbao.

Currently, and after founding K2K Emocionando (2005), he acts as an advisor and dynamising consultant in various business projects – around 50 to date – both public and private, making the pending organisational change based on the new style of relationships (ner) a reality. He is also the main driving force behind theNer Group,, an Association created in 2006 -although it took legal form in 2010-, to which almost thirty business organisations that believe in fair and sustainable human development belong.

Koldo Saratxaga created a publishing house, from K2K Emocionando, called ‘Los libros de K2K’,, which has published ‘El éxito fue la confianza’  (2010), written together with Jabi Salcedo, or ‘Sentimientos, pensamientos y realidades’  (2012), as well as several books that give a good account of the experiences of all these years. All the publications, in Spanish, Basque and some in English, can be downloaded free of charge. September 2015 saw the publication of the book ‘‘El inconformismo de Koldo Saratxaga. Semilla del éxito de Irizar Group y Ner Group‘, written by Pedro Gorospe and published by Claves de Gestión.

In November 2011 he promoted theLur Denok project with the aim of creating a network of organic vegetable gardens and shops in the Basque Country based on the collaboration of hundreds of people with small mini-contributions.

Koldo Saratxaga teaches at the University of the Basque Country, as well as at the University of Deusto, Mondragon Unibertsitatea, the Public University of Navarra and as a guest lecturer at IESE. He also participates as a speaker in various talks and seminars where he shares his thoughts and feelings about the changes that organisations and society need.

In his free time he dedicates himself to dreaming and making those dreams come true.