I’m determined and always ready for tough challenges. I’m oriented towards transformation and impact. I’m hopelessly optimistic and have a knack for finding potential in people and organisations, as well as beauty and harmony in the world. Those who know me say I’m filled with energy, and I’m learning how to use it to tear down barriers, activate environments and infuse people with enthusiasm. 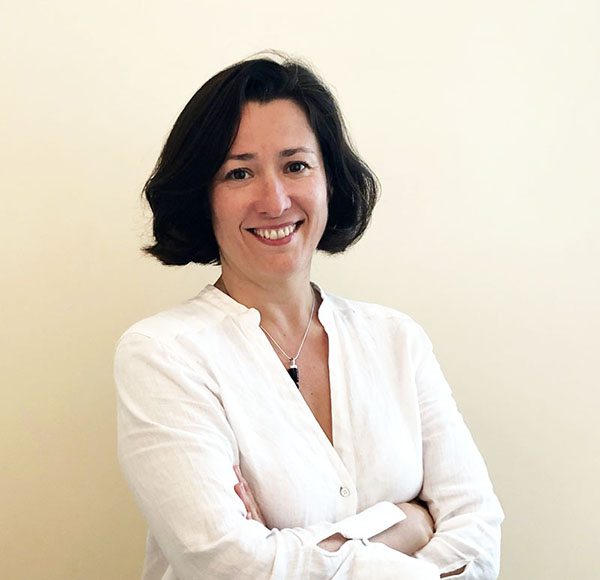 I was born in Paris and grew up in Vigo, spent my teenage years in Santo Domingo and went to university in Massachusetts. Now I live in Portugal with my husband, our two children and our little she-dog. I have 30 years’ experience in business management, having worked for a variety of international organisations in different sectors. The result is vast professional experience, lots of personal experiences and strong international ties and valuable lessons.

I graduated as a mechanical engineer in 1992 and then I did the Industrial Engineering Program at Worcester Polytechnic Institute, Massachusetts. I took my first professional steps at Saint-Gobain, first in Massachusetts and then in Mexico, holding various positions in the area of industrial engineering.

In 1996 I moved to Barcelona, where I joined General Electric, working for them for more than 13 years. Thanks to GE’s Corporate Audit Programme, I travelled the world auditing the companies that were part of the group. Thanks to GE Money, I managed to build an executive career as COO and P&L leader in Portugal, leading the modernisation of the consumer credit operating platform and launching a new line of business in the area of personal loans. While in Portugal, I was one of the founders and members of the Board of Directors of Junior Achievement, a global non-profit youth organisation that promotes financial literacy and entrepreneurship in schools.

In 2010, I left GE and moved to London with my family, helping companies like Aviva, Lloyds Bank, Parker Fitzgerald, United Biscuits, Coode Associates and Swinton Insurance with their big-scale transformations.

In 2016, I came back to Portugal to join Arrow Global, supporting the HR management in the restructuring of the Portuguese subsidiary Whitestar and then designing a road map to transform the entire group, focusing on customer centricity and operational efficiency.

In recent years, I’ve been studying how to challenge the status quo, raise our level of awareness and take a fearless leap into a new reality in which our planet and its biodiversity are protected. In line with this, I’ve contributed to the promotion of Conversations for Change and I’ve founded Guincho, a community of leaders and practitioners to explore new organisational paradigms.

With Guincho, I came across beautiful organisational ecosystems, like those suggested by Enspiral and Ner Group, already operating the new paradigms.

Working with K2K Emocionando in Portugal, I’m trying to help people find new ways of relating to others in organisations – ways that are more agile, more harmonious and more humane, and that promote greater collective consciousness.